How to Use PUA Skills in Business 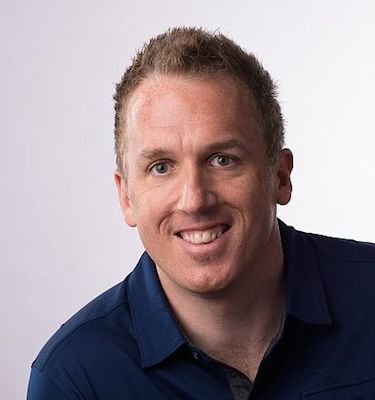 How to Use PUA Skills in Business

The skills of a pick-up artist are not only useful to attract and seduce women, but they can also come in handy in all other areas of your life. After all, confidence, a great lifestyle, and your PUA skills could help boost your professional success as well. In that regard, Matt Hallisy is unique in the PUA community in that he is one of the first guys to show the professional applications in PUA (check out his course the Negotiator’s Playbook here). Here’s Matt’s story:

Tell us a little bit about your background and how you discovered the PUA scene?

Matt Hallisy: I used to be a complete AFC. Horrible. I was the typical guy trying to ply girls with drinks, flowers, and surroundering all my power to them. I was the before photo for pretty much every PUA.

But I actually discovered the PUA thing about 9 years ago…pretty much by accident. I met a couple guys here in San Diego who, as it turns out, were in the underground PUA society here. I would go out with these guys and they would do things and get results with women that I honestly didn’t think were possible. Case in point: We were out one night downtown and one of my mentors back then, “Diesel” was talking to us about being an Alpha Male. So he says to us, “watch this”…he proceeds to cross the street, grabs the hand of this 10 going the other way (it turns out she was a model), and she spent the whole night with him. She even skipped her flight to London the next morning to spend the next day with him. I was hooked.

What really struck me about the PUAs I met is that they were 100% authentic. No games, no lines, no BS. It was about becoming an ideal man and establishing a strong Inner Game. Women were just the thermometer to know whether you were living a congruent life. (But yeah, constantly getting the woman you want was a nice fringe benefit too.)

UM: How long did it take you to become better with women?

Matt Hallisy: About 9 months. Not 9 months of just hoping to get better. 6 months of immersing myself reading about PUA concepts, studying “gurus” (for lack of a better term), and going to battle with my old self in the field. But that being said, it is still always a process of growing and developing a stronger frame. Being in the game is never an end…it’s always a journey of growth.

UM: How did you go about learning the skills of a PUA?

Matt Hallisy: Early on, I read a lot of PUA materials and watched from the sidelines as my PUA mentors just went to town. But being transparent, it was my fear of jumping in myself and feeling I couldn’t do it myself that limited me to “watching”. That is, until “Diesel”, “Chupa”, and “Ray Casey” basically kicked me out of the nest.

What really was a turning point was one night early in the process where “Diesel” told me to go into this one bar downtown and open 100 girls. 100 girls. Needless to say I got blown out all 100 times. I went home that night and didn’t leave all weekend. That was totally crushing. So I gave my field report to him a few days later and he told me to remember that feeling I had as what it’s like to have no Inner Game. It was then he taught me about OBM (Outcome Based Mentality) and how it was never about the target, but it was about me and my value. That changed me forever. I was determined to never again go through that. I was hugely motivated to create an impermeable Inner Game. Once I was able to shore up my Inner Game, I started noticing a massive improvement in my results and an equally huge increase in the quality of the women that were attracted to me.

UM: What are the benefits of learning PUA? Can PUA be useful not only in attracting women, but also in other aspects of your life?

Matt Hallisy: PUA is incredible for attracting the girl you want. To be able to go into any place anywhere in the world and pull the girl you want would be worth it alone. But PUA is WAY bigger than that. The year I got involved in the process of mastering Pickup, the results in my life followed. I play baseball and I had my best year ever. I went from a mediocre pitcher to starting an 18 month winning streak. 18 months…with a 20 inning scoreless streak tucked in there. It was no coincidence. My Inner Game completely gave me a massive advantage on the mound. That same year, I tripled my income and came up with a massive business breakthrough that has changed my life forever.

When you learn Pickup, you will literally upgrade every other area of your life. It is truly swallowing the Red Pill.

UM: You developed a course called “The Negotiator’s Playbook”. What is it about? How do you apply PUA principles to sales?

Matt Hallisy: Yeah, this is a crazy story. I used to be pretty good in sales, but it was always attributable to just being a hard worker. Back when I was learning PUA skills, I started this telemarketing job at a local startup. I used to pride myself as being the hardest worker because the only cars in the parking lot when I left were mine and the security guard. So one day in my cubicle, I noticed that all my prospects were behaving like the single women we would meet. Not “kind of like” these women. EXACTLY like these single women. Point for point. It was then that I had a crazy thought. I knew how to get women to pursue me outside of work. What would it be like if I applied PUA skills to my sales job? So I decided to completely discard everything I ever learned in a sales training class and just apply Pickup to my job.

What was the result? Within a couple weeks I was literally turning away business. How? I was using PUA principles to get these people to pursue me. Instead of developing rapport, overcoming objections, and all the garbage that doesn’t work, I was using openers, disqualifying them, negging them, teasing them, spiking tension, and all the things we as PUAs use everyday to ratchet up attraction.

So fast forward a few months. One Friday morning, he sent me this email with a screenshot of my call log. He asked me, “Is this right? Have you only made 4 calls?” (They wanted people to make 250/day) I told him I already had 4 closing appointments set, 3 sales in, and I wasn’t sure if I was going to take them all. Needless to say, he never again asked me about my results…ever again.

So last year, I started The Negotiator’s Playbook so that I could pass on what I learned to people out there that are sick of being AFC’s in their job (and really their life too). It’s an online membership site where I teach salespeople and business owners how to get insane results without having to work hard or (worse) surrender your power to customers the same way the AFC’s try to ply girls with drinks, compliments, and flowers.

Specifically, I not only introduce them to the PUA concepts and how they tie into mopping it up in their sales job, but I also introduce them to the Master PUAs I learned from (who are better than me in certain areas of Pickup). Right now, I just released a video lesson series called “Attraction Switches” for those who want to get started. It introduces them to things like social proof, peacocking, pivots, and other things we use on a daily basis to spike attraction in their prospects.

I love what I do. I get to basically teach people how to get easy lay down sales…all while talking about picking up girls. Haha!