Nyc Escort Ladies is what need

Another thing to think of ‘s the percentage method: the more payment method choice you can highly recommend, the higher! 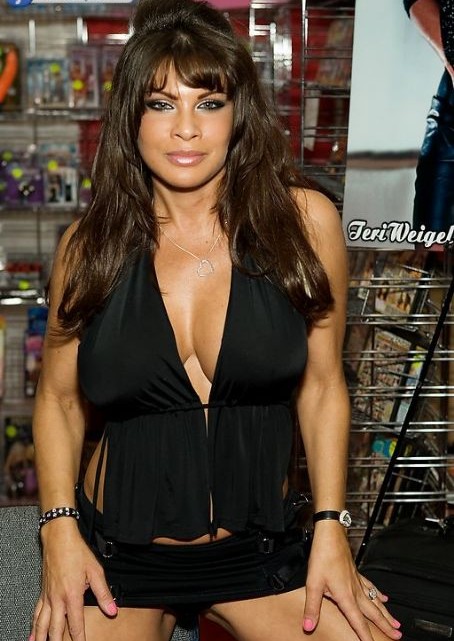 Teri Weigel (check out Teri Weigel’s web site) was destined for fame. How she achieved that goal is a remarkable story. The third of five children, Teri Weigel was raised within a devoutly Catholic family in the conservative city of Deerfield Beach, Florida. A natural beauty, she began modeling in her teens, appearing in catalogs for Saks Fifth Avenue and other high-end companies. She later moved to New York and signed with a major modeling agency, which placed her in “Seventeen” magazine and other publications. Modeling gigs in Europe followed. As a result of Teri’s lingerie work for Saks and others, Playboy Magazine soon came calling. She did some test shots for the magazine, and was asked to become a Centerfold. Teri Weigel graced the cover of the November ’85 issue, and appeared as the Centerfold in April 1986. She continued to work for Playboy for a couple of years, producing several well-received videos. But company gigs eventually became fewer and fewer. Worse, Playboy refused to help promote her mainstream television and film work, which ranged from multiple appearances on Fox’s “Married With Children” to roles in “Predator 2”, “Sacrifice” with Al Pacino, “Marked for Death” with Steven Seagall, “Sunset” with Bruce Willis and James Garner, and cult genre flicks such as “Auntie Lee’s Meat Pies” with Karen Black, “Cheerleader Camp” and John Landis’s “Innocent Blood”. It quickly became obvious that Teri had outlived her usefulness as a Centerfold, and Playboy unceremoniously kicked her to the curb. (It was the beginning of an acrimonious relationship that continues to this day.) As mainstream jobs became increasingly fewer, Teri Weigel finally considered a career in the adult film industry – something no other Playboy Centerfold had ever done (or has done since). Because of this decision, Teri Weigel became persona non grata within Playboy, which has gone to extraordinary lengths to squelch her porn career. In one notable example, Hugh Hefner is said to have called Bob Guccione asking him not to make Teri Weigel a Penthouse Pet. As a result, she has appeared only in smaller pictorials. Wisely capitalizing on her fame and exposure as a Centerfold, Teri Weigel quickly became a sensation within the porn industry. To date she has made nearly 50 adult videos, and recently signed a 12-film deal with a new company. Much of Teri Weigel’ continued success is a result of her uncanny ability to re-invent herself within an industry infamous for using then tossing aside its talent, and this has kept her in the forefront for nearly a decade. [source: abridged from Teri Weigel’s web site]

What was your most fun date? What did you do?

What’s a good location/venue for a first date?

Teri Weigel: A beautiful lake view or even a winery.

Teri Weigel: He was honest.

Teri Weigel: Being on time, single flower,doors, good restraint and kiss on the hand.

Teri Weigel: I ask him where is he from, how many brothers & sisters he has, etc.

Teri Weigel: Nice talking to you  – got to go.

What are your biggest turn-ons?

What are your biggest turn-offs?

Here are also some cool video clips of Teri:

Next post How To Start Your Ultimate Man Journey

Previous Article The Difference Between A Winner And A Loser