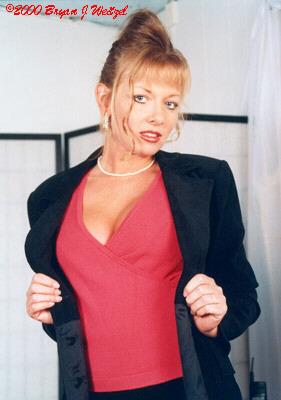 Meet former Playboy Model (Playboy May 2000 Issue “Grapevine” Model) Sonia Fitch. She has appeared on various covers of magazines and still enjoys her time modeling. You can check out her website at www.soniamodel.com. Enjoy the interview!

Sonia Fitch – I usually fall for a guy who is funny, intelligent as well as being handsome. I think the three attributes that I look for are the three things that I mentioned as well as someone who is sensitive.

Sonia Fitch – I would have to say it would have been just going out together to the mall and dinner.

Sonia Fitch – I am currently with my last boyfriend who I happened to meet at a restaurant after someone that knew us both introduced us.

If I wanted to meet a beautiful woman like you, what would be the best place to meet you? Where do you hang out? (for example: at Yoga, in a gym, in a restaurant, at a party)

Sonia Fitch – I would say you would be able to meet me probably at the gym or the mall.

What’s the worst place for a guy to hit on you? (for example: a bar, at work)

Sonia Fitch – I would say it would have to be at work.

Have you ever dated a guy that you didn’t like when you first met him ? If yes, what did he do to become more attractive to you?

Sonia Fitch – I might try and hug or kiss him.

Sonia Fitch – That I don’t think it you have to be phony to impress us just be yourself most women are very down to earth.