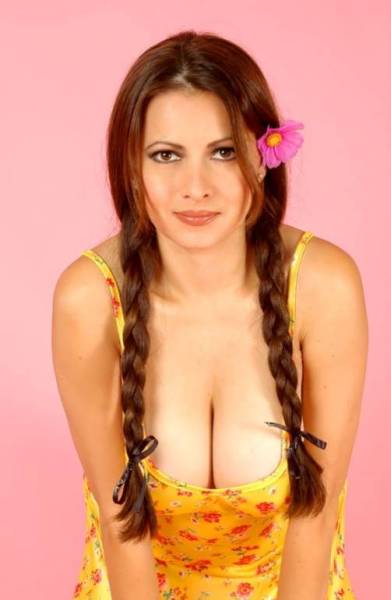 Playboy Playmate Angela Melini: I fall for men with a direct approach. I hate pick up lines. They need to be self assured but not arrogant, goal oriented men. That doesn’t mean a dreamer, but a doer. And he needs to make more money than me. I don’t think women should support their men. I’ve seen this happen plenty of times and I’m just not that kind of a woman. They have todoors for me, compliment me, and always bring me flowers at least once a week, even if it’s daisies.

Playboy Playmate Angela Melini: When I first moved to Las Vegas, I didn’t know anyone. I met a gentleman that asked me out of a date. We went driving around the city and viewed the city lights from higher grounds. He made me laugh all night long. When someone can make me laugh, he scores BIG time. We got along famously, which was great. Followed by dinner at my favorite Chinese restaurant in Vegas PF Chang’s and gave me white roses. White is my favorite color. How did he know? I haven’t a clue. But that date was one of my best.

Playboy Playmate Angela Melini: My last boyfriend was my boss. He hired me when I temporarily cocktailed at the Aladdin Hotel and Casino here in Las Vegas.

Playboy Playmate Angela Melini: I’m always out and about. I know a lot of people go to clubs and bars to meet women and men. I go to just drink champagne and hang out with my girlfriends. I don’t mind being hit on. But please no cheesy pick up lines. As I said before, I prefer the direct approach for example, “I think you are really pretty, may I buy you a drink?’ then perhaps, I’d buy you a drink. Then again not all women are like me, some can be quiet rude. But if you throw your line out enough, eventually you’ll catch a fish. So keep trying.

Playboy Playmate Angela Melini: Nowhere, I’d kick him in the balls if he hit on me ( haha j/k)!! Really though, like I said, DIRECT APPROACH!! Don’t ever hit on me in the grocery store. I hate grocery shopping, it’s a major chore for me and all I want to do is get in and out. Or at the gym. When I’m there, I’m all about business and don’t like to be bothered. Otherwise anywhere is good, unless I have no make up on. Then I’d be like, ‘Yeah, okay!!’

Playboy Playmate Angela Melini: Yes, of course, My Boss, you know the one I mentioned earlier. When I first met him, I didn’t even think about him that way. He’s not the type of guy I would usually date. I mean, he’s not the super model looking type of guy with loads of cash. He was your average Joe. I never thought of it. But the more that I got to know him. How warm, sincere and kind he was, he suddenly became more and more attractive to me. I looked at him in a different light. He became quite handsome and sexy to me. His attentiveness to me and the fact that he was so grounded was so very attractive. Dating him actually made me a better person and not so jaded. Not so materialistic, though I like beautiful nice things, it became not so important. He was goal oriented and smart. But what really did for me was that on our first date, he didn’t try anything on me. Which was cool.

Playboy Playmate Angela Melini: If I’m interested, I’ll make the first move. So he wouldn’t have to worry about that. But if you wanted to know how a guy would know if I’m interested, well, I’d flirt a bit, smile sexy, but it’s all in the eyes really. If I’m interested, he would be able to look into my eyes and tell. They can tell you a lot..the eyes…you just have to look and SEE for yourself.

Playboy Playmate Angela Melini: That even though we often claim we want to be ‘independent’ we still really need you guys. That we still love chivalry, doors opened for us, the tab picked up, flowers, poems, love songs. We are often mushy at heart and not as tough as we often want you to believe we are. We can be nightmares and dreams. Angels and devils. But in the end, we love you and appreciate that you are men. The world wouldn’t be the same without you. I love men. I think you are fascinating and curious creatures. I’m sure you feel the same about women. Good Luck!!

For more free photos and videos of this babe, check out http://www.freeones.com