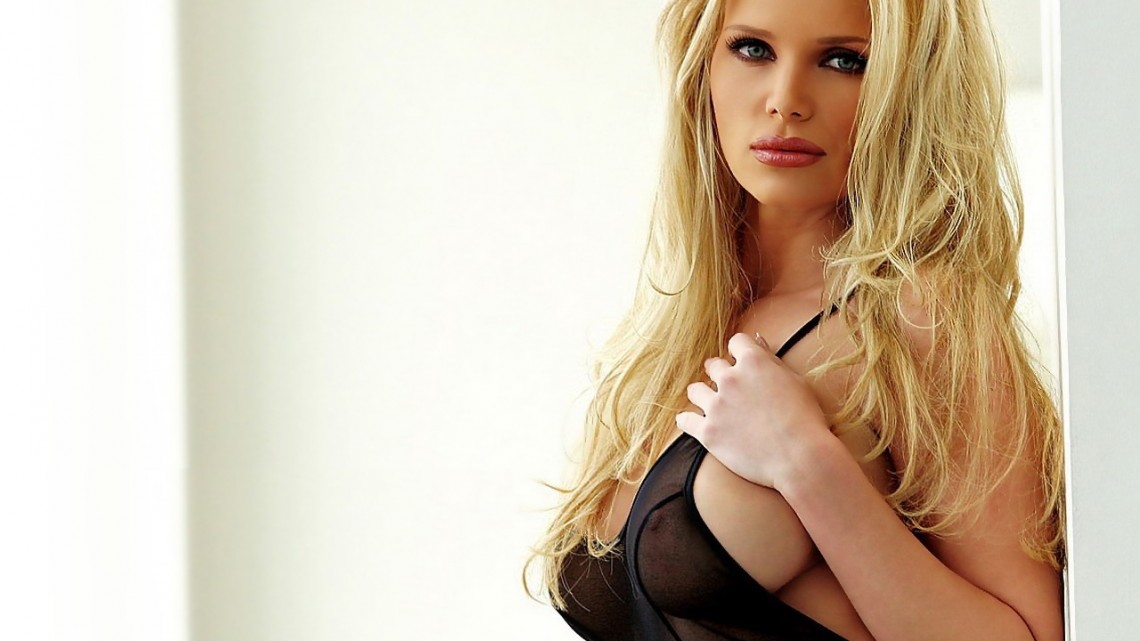 Penthouse Pet Victoria ZdrokOur interview with a bonafide Penthouse Pet and Playboy Playmate! Penthouse Pet and Playboy Playmate Victoria Zdrok (Visit Penthouse Pet Victoria Zdrok’s web site) was born on March 3, 1973, in Kiev, Ukraine, then under Communist rule as part of the former U.S.S.R., Victoria Zdrok always dreamed of coming to America. Raised by anti-Communist parents, she listened to Voice of America on her father’s clandestine radio and diligently studied English with the hope of following that dream; and in 1989, at the age of 16, she was honored as the first Russian teenager allowed to come to the United States as a foreign exchange student. Seizing that opportunity, Victoria graduated from Pensacola Junior College at 17, and from West Chester University with a B.A. degree at the age of 18. Allowed to stay in the United States, Victoria entered a joint law and psychology graduate program hosted by Villanova University and Hahnamann Medical School and has now received her J.D. degree in law and her Ph.D. in Clinical Psychology from Drexel University. Given her classic Eastern European beauty, it was natural for her to be discovered by Playboy magazine, who made her a bonafide Playboy Playmate – Miss October 1994. That Penthouse Pet centerfold appearance launched Victoria on parallel career as a model which has been nothing short of meteoric. In 2002, she was also named a Penthouse Pet (http://www.penthouse.com). She has appeared in dozens of Playboy foreign editions (including 3 covers), Playboy Special Editions (including 3 more covers), and Playboy catalogs (including 8 covers).

What are the three most important attributes that you look for in a man?

Penthouse Pet Victoria Zdrok: Magnanimity—I can’t stand selfish men or cheapskates; self-confidence—the joie de vie and understanding of self that allows a man to project a positive image of himself to others; and, yes, good looks—I am, after all, a creature bound by biology and the current cultural climate which places such a high value on looks.

Does a man have to be handsome for you to be attracted to him?

Penthouse Pet Victoria Zdrok: If the question refers to physical attraction, the answer is “yes.”

Penthouse Pet Victoria Zdrok: In the gym, at a mall, dancing at a club—anywhere where a casual meeting does not seem contrived or arranged.

What topics do you like to talk about when you’re on a date?

Penthouse Pet Victoria Zdrok: Virtually anything except religion and politics—I’m omnivorous when it comes to acquiring knowledge.

Do you feel men listen to you when you are talking?

Penthouse Pet Victoria Zdrok: Yes; and if they didn’t, I wouldn’t be talking to them long.

Penthouse Pet Victoria Zdrok: Yes. One of my professors in college was not very good looking, but he impressed me with his eloquence and intelligence, as well as his lofty ideals and seeming indifference to me. He became a challenge.

Penthouse Pet Victoria Zdrok: Very important. I cannot stand long hair on men, or dirty, unkempt hair, or a body which looks like it has been abandoned; and I am not much for piercings or tattoos. I am, however, impressed by good taste in clothes in a man, as well as by good manners.

Have you ever been in a situation when two men competed for your attention at the same time? Who won, and why?

Yes. The man who was more persistent and showed more interest in me won out.

What don’t men understand about women?

Women need constant reaffirmation of their attractiveness; they need to feel special; and they need to feel an attachment to a man in any long-term relationship. “Distance” (whether emotional or physical), lack of attentiveness, or being taken for granted are felt more deeply by women than by men; and thus men must make a special effort to avoid creating those feelings in a woman in whom they are interested.

What should any guy out there know about an extraordinary woman like you?

That I am just a normal woman, with the same kind of feelings, desires, fears, doubts and insecurities as other women have. I would rather be treated like a person than like some supermodel diva. Appreciation for who I am inside is more welcome than awe at any external honors, awards or tributes.

Men should never rush things, but let them develop gradually. And a guy should never be afraid to be honest, even vulnerable, in expressing his feelings. Pleasant surprises are the spice that keeps a woman’s interest high, whether it be a card or a call when she is not expecting it, or last-minute tickets to the theater or a movie that you know she will like, or taking her on a spur-of-the-moment shopping trip and buying her something she wants, but would not buy for herself. If a man is really “into” a woman, he will listen carefully to her expressions of her desires and dreams, likes and dislikes, and store up a list of things to surprise her with at regular intervals.

None. I make the first move, if I am interested in a man.

Most men think they are great lovers, what has been your experience?

Very few men ever live up to their self-descriptions of their love-making prowess.

What could most men do to improve their lovemaking technique?

Slow down and be more patient—the man who can make a lovemaking session last an hour or more with constant variety and innovation scores far higher on the lovemaking scale than the man with a big cock, an athlete’s body and a sprinter’s mentality to reach orgasm in record time. Put the woman’s pleasure before your own—a man knows when he starts a lovemaking session that he will reach orgasm almost every time, but a woman does not have that expectation. The man who makes a point of pleasuring his partner first, and proving to her that she will reach orgasm most of the time with him, will be far more welcome in bed than the man who thinks mainly of his own pleasure. Be attentive and learn your partner’s verbal and non-verbal cues as to the state of her arousal—most women are less vocal than men in telling their partners what they like or don’t like in bed, or how aroused they are by various techniques; but they always give their partners clues in the form of sounds and non-verbal body reactions. The wise and experienced lover will recognize those cues and learn to know every nuance of her reactions, and will use that knowledge to enhance and strengthen her arousal continuously.

Tell us once and for all, does size matter? If so, to what degree?

It can matter at the extremes if a man is extra large or extra small; but most men are pretty much the same in size. Technique, therefore, is the primary differentiating factor between a good lover and a not so good one.

That women are worthy of the same degree of respect, attention and commitment that most men feel only for their “best buddies” or pals. For more free photos and videos of Victoria, check out http://www.freeones.com