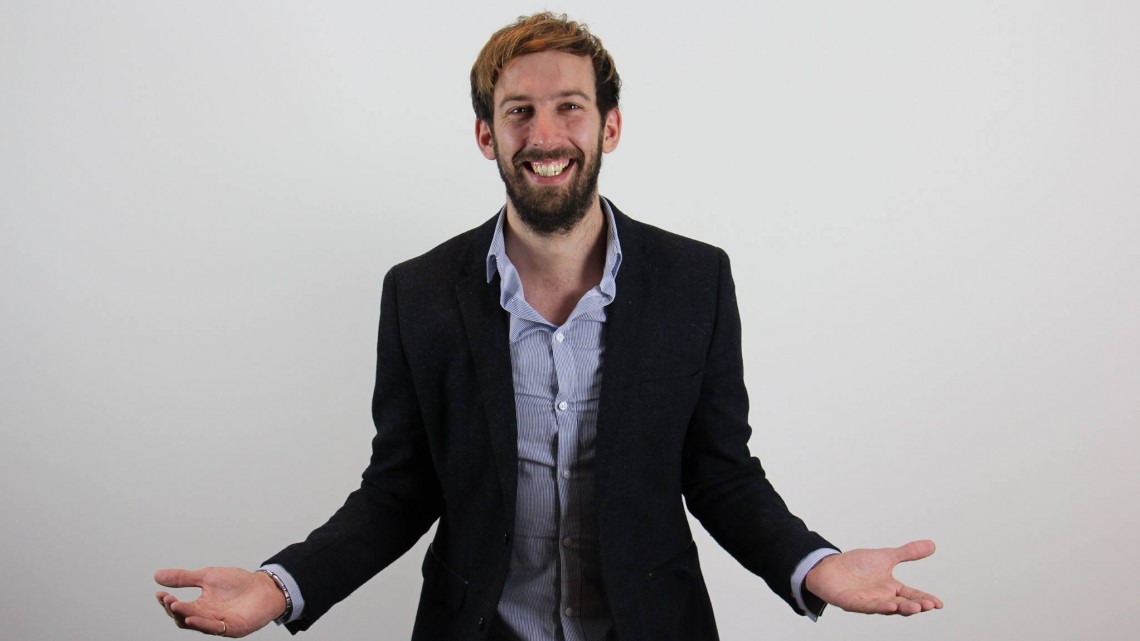 What’s interesting about the third generation of PUA’s (= pick-up artists) is that they don’t consider themselves PUA’s at all. They are just confident, happy and congruent men who slowly but surely learned how to become better with women. No standard, pre-set routines, no structure, no nothing. They just go for it and approach women literally everywhere: on the street, at the club, at a supermarket, at a coffee shop. Whatever the situation, they adapt and say whatever is on their minds. In fact, this third generation of PUA’s is anti-routine and even the second generation of PUA’s have scrapped their old, structured PUA routines in favor of teaching a more “natural” state of just being yourself.

Johnny is such a “PUA 3.0” who doesn’t believe in structured routines. When you watch Johnny’s free videos on YouTube or on our site here, you see that his approach is purely freestyle, organic. No routine, nothing prepared. He just goes for it. Humble and self-deprecating at times, Johnny sometimes calls himself an ugly or average guy. But there’s nothing average about him. Watch his awesome YouTube videos as he deploys his brute seduction force on the streets of London. So we wanted to find out more about Johnny and his philosophy:

UMM: Tell us a little bit about your background, and how you got started?

Johnny Berba: I was always a shy kid growing up, and on top of that I suffered social anxiety all throughout my teens. I was also bullied at school and began to fight back which created a lot of anger in me as a young man. Like most guys starting out, I lacked confidence with the ladies and was stuck in the classic mindset you needed to be good looking to attract girls.

At age 19 I got arrested for drug dealing and that was really the start of me going onto a positive path in life. I took up boxing and started to lift weights down the local gym where I meet a man who changed my life. I watched this man interact with girls and I was blown away by his confidence and his naturalness with women. I witnessed him get a phone number on the street which got me really excited about approaching women on the street. We later hanged out a lot and became great friends. I thank him a lot for helping me at the time when I really needed the support. To get straight to the point, I learned how to pick up women through relentless practice on the streets, hours on end so much failure then of course I cracked it with tons of success. Getting phone numbers is not getting good with women. I went on tons of dates and without sounding big headed and took a few ladies to bed so to speak. I also had few LTR from street approach, which is really beautiful.

I love women and respect them a lot.

UMM: Do you consider yourself a PUA? What’s different about you compared to other PUA’s in the community?

Johnny Berba: No, I don’t consider myself a PUA, I’m an individual who expresses himself from a place of authenticity, Vulnerability, love and freedom. I can’t really say what the difference is between me and the other guys. Probably we have different personalities, ways of expressing ourselves with women. People will have their opinion and that’s fine. Like the Chinese saying goes: “When the wrong Man uses the right means the right means works in the wrong way” If you understand this then you understand PUA vs. Honesty. 😉

UMM: What are the biggest mistakes men make when it comes to women?

I would say the biggest mistakes men make when it comes to women are:

UMM: How are PUA’s different from your average guy?

Johnny Berba: I would say a PUA is someone who practices regularly, and as a result of that is light years ahead of the average guy.

UMM: How long did it take you to become good with women?

Johnny Berba: Great question, as I’m still learning now. You never stop learning. Well, let’s say after about 1 year in I was sleeping with women but Id say took me about 3 years to feel completely myself around women which is what I always wanted to achieve.

UMM: How did you go about becoming good with women? What exactly did you do?

Johnny Berba: To be honest I just dedicated a lot of my time to practicing on the streets, clubs, bars, and pubs. Just pure momentum and support from my friends got me good.

UMM: How many women do you approach in a typical week? For someone to become better with women, how often do you recommend they game?

Johnny Berba: Well right now I’m coaching a lot and really dedicating time to my students, plus I’m seeing someone so not approaching as much these days. However, if I were single I would most likely do around 2 hours practice per day 3 to 4 times a week is more than enough for anyone who wants to get good with street approach.

UMM: Some people in PUA forums suggest that you play a number’s game, and that the numbers you get are not of “high quality”. In other words, some people think that a lot of the women that you get numbers from, flake on you afterwards. Is that true? What’s your success rate, i.e. out of every 100 women you approach, how many give you a phone number, how many of them agree to go out with you, and how many of them do you end up having some kind of relationship with (e.g. date, sex, etc.)?

Johnny Berba: Well people have the right to their opinion. However, I know the truth and that’s all that matters. I never do lay reports, or brag about numbers, as I’m not really into this stuff. I will say that I approach women from a place of love which is not what PUA typically teaches. I think it’s about maturing as a man so everyone will come to their own truth. Everything is a numbers game as some women are married, not interested, very interested, etc. Just enjoy the process and the results will come. I have done things that are not in most men’s realties not because I’m different just because I’m willing to put the work in.

UMM: Your approach appears to be more organic, unstructured, brute force, freestyle. Have you tried more structured routines before? Do you recommend using them? What are pros/cons of your style?

Johnny Berba: Yeah, my style is very simple as it’s pure direct honesty and just being myself really nothing special. I don’t believe in a structure it’s detrimental to one’s character and actually creates a lot of anxiety and lack of honesty. Women are not cyborgs that you can say a set of lines and they will go to bed with you that’s too much marketing for my liking. The pro’s of my style is is helps you in every area of your life not just dating. The cons?! Let the critics answer that as I don’t see any.

UMM: What are some of the quick fixes that anyone could make to become better quickly?

Johnny Berba: Well I don’t believe in a quick fix, however a good tip is to be able to make girls laugh! And not at the expense of being a dancing monkey though amusing yourself is key. Just tease them and say they look like cute cats!!

UMM: What are the most important skills someone needs to master?

Johnny Berba: The most important skill with women is the ability to know who you are. Once you’re confident in yourself they will find you attractive. practice makes perfect . Practice = congruence = attraction from women. 😉

UMM: Lately, the PUA community has gotten a lot of negative press, because of the Julien Le Blanc controversy. What are your thoughts on this controversy?

Johnny Berba: No comment!  For every action is a reaction. Karma as it’s known.

UMM: What’s your “Anxiety Program” about? Who is the program ideal for?

Johnny Berba: My Anxiety Program is about learning the fundamental skills with handling anxiety and attracting women not only on the streets but also in all other social situations. It’s for beginners who want to get started with being more sociable and giving them the process that got all my students and me amazing with women. It’s also teaching how to get in state using particular social exercises.

Johnny Berba: Yeah, I run regular weekend bootcamps for guys who have had enough of living in fear and reading too much theory, just cutting out the BS and teaching them the simple art of street approach. Don’t take my word for everyone can see the infield proof of my students kicking ass in the field.

UMM: What are the best videos of yours that would help our audience get started with their journey and get to know you better?

Johnny Berba: I would really recommend they go on my transformation playlist via my YouTube channel and see me coaching. This sums up what I do and more about me as a person.

Do you have questions for Johnny? Post them below in the comments.

Also check out his site at http://www.johnnyberba.com/