Which essay crafting business is the most effective in British 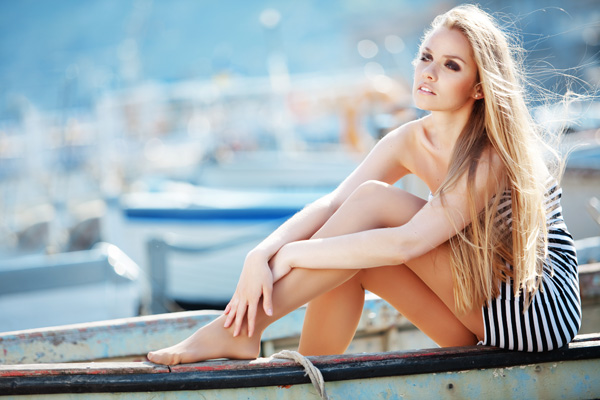 What does it take to find a mail order bride? We asked Dakota, a 44 year old American who found his wife in the Ukraine and went through the international matchmaking process.

* Can you tell us a little bit about yourself?
Sure, I am 44 years old and own a small business. My hobbies are drums, cycling and nature and also like animals. I follow politics and am a gadget guy, not really a techie but I try to keep up with whats going on. I’ve been married now to my Ukrainian wife for close to 2 and a half years and we have a beautiful 4 month old baby girl.

* Why did you decide to search for a woman abroad?
Actually in my younger years I thought that I would never look abroad, it was not interesting to me at the time. I had seen several people do it but it just wasn’t for me. Then when I turned 29 I started having very bad luck in my relationships and it wasn’t until many years later that I started to feel like maybe all of the ‘good ones’ were taken. But I dealt with it until I turned 40. I literally woke up one morning at 40 years old and realized if there were ever a time to start getting serious about starting a family it was now. In addition to having my own reasons to have children, I also thought about my dad. My mother had passed but my dad was (and is) still around in good health and I felt a sense of urgency for the first time. I wanted to have some years for him to have a grandchild (I am his only child). I also wanted to give myself as many years as possible with my family as I was not getting any younger. Right at this same time I visited some family in Scandinavia and was on a very big curiosity kick about Europe and European people. I had also done some business in Europe so the prospect of looking for a partner there became a possible solution to my bad luck problems here at home.

* And why particularly a woman from the Ukraine?
I actually looked in Scandinavia for months, it was my first choice. Preferably Norway or Sweden. But it soon felt like I was trying too hard and grasping for straws. I decided to expand the search. After I narrowed some things down I got down to Russia and Ukraine. Ukraine was much more interesting to me because I knew less about it and the country seemed very intriguing. After doing some reading about the people there (and especially the women) I knew I wanted to focus there. The impression that I got from my readings were that they seemed very family oriented and looked at the world the way women in the US did many, many years ago. I knew I was onto something.

* All in all, how much money did it cost you to go that route?
It wasn’t cheap but keep in mind that I traveled there 3 times before the woman that was to eventually become my wife moved here to the US. I was in for several thousands of dollars but in my case it was worth every penny. [Editor’s note: a flight to the Ukraine costs about $1,250, a hotel about $100 to $200 a night, and a marriage agency typically charges between $2,000 and $5,000 to arrange dates for you]

* How much time did it take?
Probably 1 year and 3 months from the time of our first e-mail correspondence until the time that she arrived in our airport. (that was a very exciting thing to see by the way!).

* How long did you first “date” your wife? How did you go about dating? How often did you meet and communicate before you proposed?
I corresponded with my wife for 2 or 3 months through an agency before I went to Ukraine to meet her in person. After that we continued to communicate by Skype, e-mail and I visited 2 additional times. It was out of character for me but I actually proposed to her before the end of the 1st visit. It was the only visit that was done through the agency and that first trip was absolutely amazing. We had the best time. I thought about waiting but I did not want to fly out of there with her being disappointed. I knew I would have many months to continue our communication and to make sure that it was the right move. I didn’t regret it, very glad the visit went so smoothly. The next two trips were equally as amazing but in a different way. We had a great time together one of the best times Ive had.

* How do you know that her intention were honest?
Actually it was obvious to me. I corresponded with 4 or 5 women through an agency in the beginning and she was the obvious choice for me. You could tell her genuine nature through the correspondence. I could see that she always try to do everything the right way and careful about the things that she did and said. At one point she lost her job and declined for me to send her any money. That spoke volumes to me. Later she did ask me to pay for a short beauty school class while we were waiting for her to get her US visa and I did so without hesitation. I also paid for the agency to give her some English lessons. By my 3rd visit there I was very pleased with her progress in learning English, I never doubted that she was serious.

* How did you go about finding a marriage agency? What did you look for? Who did you end up using and why?
I started on just basic international dating forums and it brought my scam awareness radar way up! There were very bad actors there and I started reading and seeing how there are many scams associated with this kind of thing. So I figured an agency is a better route. I started with one of the huge agencies and it seemed like they had their hand out for money every 5 minutes. I researched them further and saw some scam alert stuff so I looked for a small agency. I found a different small agency and they were not very responsive. I also had a few bad experiences with the girls there so I went looking further. Then I found Mordinson and researched them (The Mordinson Agency). It was the absolute perfect choice for me and they helped me take care of everything. I was very pleased with them from start to finish.

* What are mistakes you did that other people should avoid?
Actually I can’t think of anything right now! It was all very smooth once I found Mordinson. They help advise you up front what to do and what not to do and even help with the government paperwork should you find your match.

* How do you think Ukrainian women are different from women in the States?
They are both fantastic. I just am currently of the belief that most of the really quality family oriented women in the USA are already married and usually have been for many years. There are great ones out there for sure but a lot of times the match is hard to find. Many of the women in Ukraine are gorgeous and competitive. But the ones I met were competitive to have a family instead of competitive to have a career like many of them here. In my case I wanted a great one that had no kids yet but that wanted them. That made it a bit more of a challenge but it all worked out for the best. And I hope to it will for you as well!

How Does An Arranged Marriage Work?